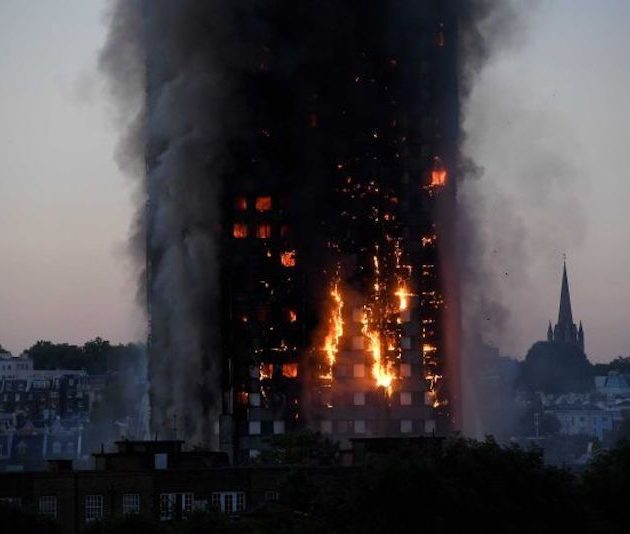 – The Rippling Effect of the Grenfell Tower Fire Tragedy –

The 24-story Grenfell Tower fire claiming at least 80 lives, with the death toll still rising, has easily become one of UK’s biggest crisis of 2017. The engulfed high-rise building in west London, was allegedly caused by a refrigerator unit. Then uncontrollably, continued to spread up the tower by the external cladding, used to insulate the building.

The incident has not only triggered a rippling effect of frantic among the UK, but all over the world, including Australia. Sparking audits in apartment buildings across England and Australia, in all fire safety aspects. And alarmingly, a number of buildings have been identified to contain the same combustible cladding material and non-compliant fire systems.

In truth, most old buildings, like the Grenfell Tower, do not comply to the modern guidelines for fire safety systems because regulations were not as clear and well-developed as they are today. Which is why it is essential to have these buildings ordered and up to date. In saying that, old and high-rise buildings are not just the vulnerable. During Scott William’s interview with ABC News (CEO of FPAA), he cited that smaller apartment buildings are also just at a high risk of loss. Currently the law does not require buildings less than 25 metres to have sprinkler systems or alarms monitored by fire services.

Just after the London fire, the NSW Government has released a number of new reforms to improve the building certification system. Meanwhile, NSW Fair Trading has since jumped on board by proposing a reform against non-compliant aluminum cladding.

This would have a vast effect on construction companies, strata and independent owners across the state. Raising concerns about whether the non-complaint material has been inappropriately installed in their building. It has been recommended that if aluminum cladding has been used in a building, the owners take decisive consideration to carry out an audit and risk assessment to identify whether it is a fire risk.

Although, FSC does not specialise in external cladding, it is a reminder of the importance of compliant installation and certification.